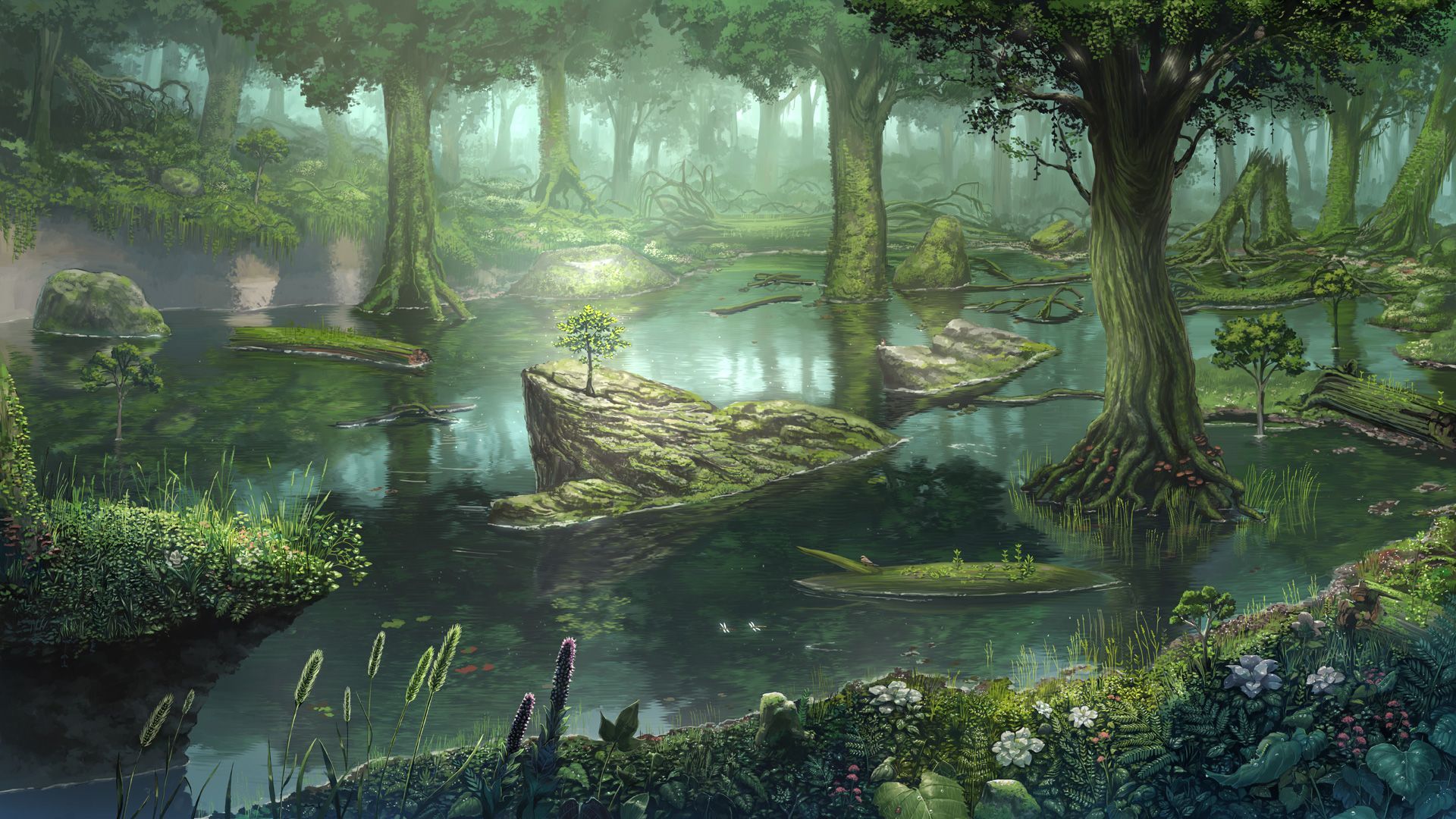 CeLunte is a unique ship , in that is was born rather than crafted. It is said that the Goddess Enteneme wished her people to have dominion over as many parts of Ianterea as possible, so she crafted a waterfall and the surrounding forrest into a boat.

The ship looks like the bark of the tree on the outside, and the masts are large trees with sail like leaves hanging at it’s side. Inside the boat is a literal forest with rivers and waterfalls. The water is created from an unknown source, but it pours out of the gunports into the ocean.

The forest in CeLunte, which is named Ayar (“Ocean” in Elvish"), is an interesting place. It’s essentially a gang land. There are the The Many or The Shum (Orc for Many), which believe that they can industrialize the wood on the ship to craft weapons and armor, and sell it to the land people. There is the Nen, which is an Elf gang, that thinks the forest is sacred and should not be touched. The third and last gang is a Dragonborn gang called The Last Bastion. They are a very religious group of Dragonborn that believe that this ship was created by the god Jennu as a miracle of beauty, and should be a relic for their church. They are completely against the The Shum and wish to convert the Nen.

A council of Elves are the “Captains” of the ship. They claim to have a divine connection with the center tree of the boat called the Calpa. They report it’s divine wishes to the Nen, as the Nen are the dominant gang on the boat, and the Nen enforce Calpa’s will. This makes grand meetings of the captains of the Pirate Nation very interesting, as the whole council reports Calpa’s will and speaks for her at meetings.

Ascendant campaigns can view previous versions of their pages, see what has changed (and who did it), and even restore old versions. It's like having a rewind button for your campaign.

We've already been saving your edits, so if you upgrade now you will have instant access to your previous versions. Plus, you get a 15-day free trial, so there's nothing to lose.

I'm sorry, but we no longer support this web browser. Please upgrade your browser or install Chrome or Firefox to enjoy the full functionality of this site.